For day 3 we had arranged tickets for the Cornish Seal Sanctuary. It is based in a little village called Gweek, which was about 20 minutes away and after some more precariously narrow roads we arrived.

The seals that are kept here are either being nursed back to rehabilitation, or are long term residents due to injuries that have left them unable to fend for themselves. Some are retired seals from zoos across the country. 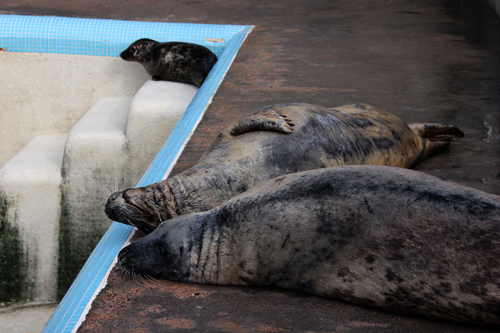 These two were both partially sighted and very old. Never the less they were still gorgeous and with a lot of personality.

One of the enclosures allowed you to see into the water through a concave window. The sea lions in here were very energetic and loved showing off. This particular one kept deliberately swimming across the window. 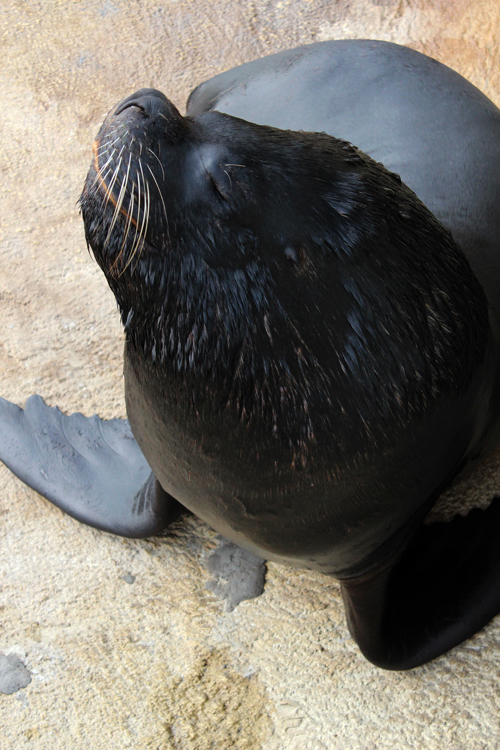 As well as the seals there were 4 resident penguins, they also had a window through the water but they were a lot less co operative!

These two are Asian otters and are the smallest of their kind. Other breeds can grow to up to 150cm which is as tall as me! 😦 Their names are Starsky and Hutch and they were very playful and loving. One of them kept juggling and catching a stone in his mouth. Very clever animals.

After we had finished at the sanctuary we decided to have our lunch in Gweek. Only sandwiches, but it was a fairly warm day and it was a really pretty village.

We wanted to go into the harbor but you needed to gain a permit. This was a shame because we both felt there would be some good photos to be had.

When we were on our way into Helston we noticed a lot of farmland had some unusual architecture, so on the way back from Gweek we stopped to take a look.

Back where we were staying along our unmade track were a lot of farmers fields. At least three of them were dedicated to the growing of daffodils. Absolutely stunning were the views of these vast fields of yellow.

When we got back to the cottage I decided that the sky was looking rather fabulous and took these two photos of our wonderful view. 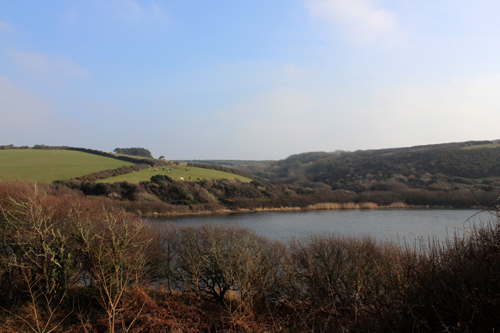 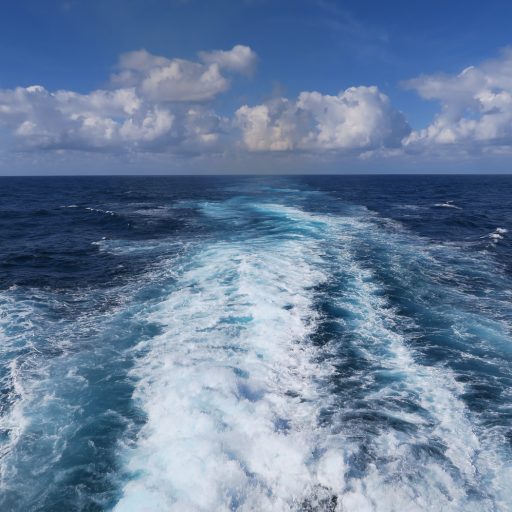